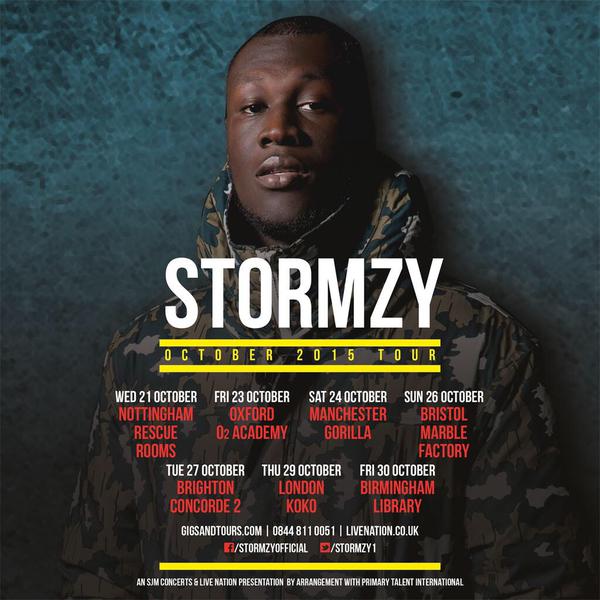 South London MC Stormzy, took to twitter yesterday to inform his fans that he would be making a big announcement.

At 9:00 am this morning ( Tuesday, March 31)  the Wicked Skeng Man broke the news of  his October 2015 UK tour.   Stormzy will kick off  his seven-day-tour on Wednesday, October 21 at the rescue Rooms in Nottingham.