The UK’s hardest Giggs hooked up with leading streaming platform, Spotify to create a special  #Wamp2dem event for a selection of his fans.

Spotify has positioned itself as a champion of the growing grime, UK rap, afrobashment scenes in the UK, with their marketing campaigns for key releases, playlists, and first official, ‘Who We Be’ event, which brings artist from the playlist together for a massive show.

So @SpotifyUK identified Gigg’s top 100 fans and we’re treating them to a super special evening on the Thames. Its about to go down ✅ #Wamp2Dem pic.twitter.com/O8P8yw9pz6

Spotify Senior Editor, Austin Darbo, took to social media to announce  that they were able to identify a 100 of Giggs top fans on the platform, who were invited to a top secret special #Wamp2Dem Boat party on the Embankment by the River Thames.

The venue was kitted out with #Wamp2dem and Spotify branding, with a selection of tasty Caribbean cuisine for each fan to feast on as a thank you from Giggs.

Each superfan will feast on free food and drink – a special thank you from Giggs to his biggest Spotify fans in the UK pic.twitter.com/2lCUMXJ8xw

Continuing to release details about the event he stated: “We’ve also set up a Snapchat filter across a 10 mile stretch of the Thames so all the fans can snap away”

We’ve also set up a Snapchat filter across a 10 mile stretch of the Thames so all the fans can snap away pic.twitter.com/lJM041HTb9

He also treated fans to a performance, running through a medley of some of his biggest tracks

The highlight of the event was a presentation of a gold Giggs pendant to a fan named Mo, the person who most-streamed Giggs’ music on Spotify.

Giggs –‘Wamp 2 Dem’ IS OUT NOW on Spotify,and all other digital outlets 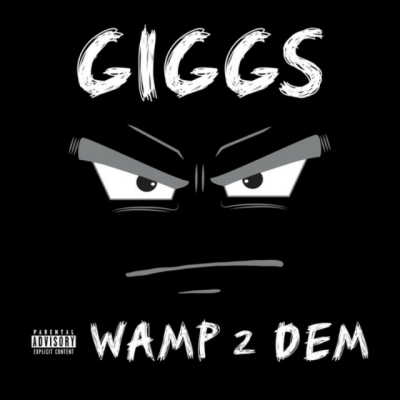