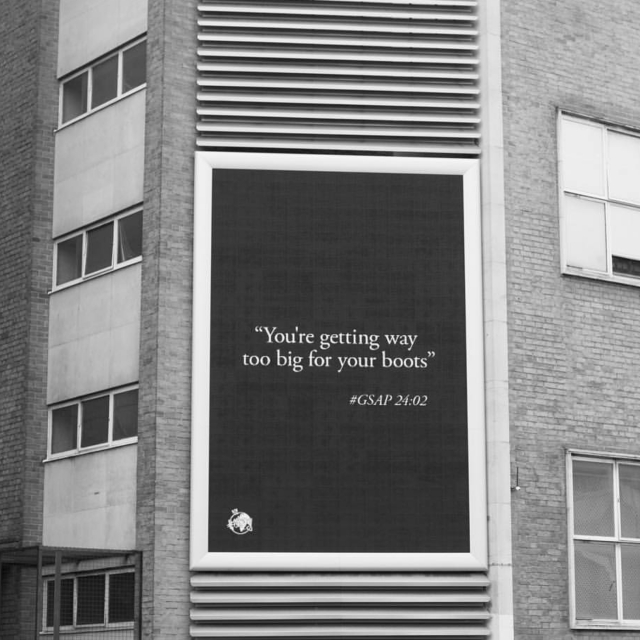 Well It’s on its way. Originally scheduled  for release summertime 2016, Stormzy had to push back the release date of his highly-anticipated  debut album to make sure everything was just right.  Around September last year, Stormzy went quiet and subsequently disabled his social media accounts, as he went into focus mode.

This week  billboards starting popping up around London with the release date for his album Friday, February 24, for which we currently do not have an official title, but we believe is to be shortened to the hashtag #GSAP which is placed prominently next to the release date on the billboard adverts.

The Wicked Skengman surprised his fans this evening by releasing the  tracklist for his album, which is sixteen tracks long. There are some expected features present, but there are a few that most fans of Grime  were probably expecting that are not.

It’s unclear whether this the official final tracklist, but with the album just over three weeks away it most likely is.  Get ready the next few weeks are likely to be filled with more surprises as the excitement builds. We will bring more information regarding the album once it becomes available, so watch this space.