South London Grime MC/ rapper Stormzy  had a phenomenal 2014, and 2015 is looking like it may be a even better year.

Last week Thursday (September 10),  Stormzy dropped the video for his  highly-anticipated fourth edition of his Wicked Skengman Series on Youtube, which sent the internet into a frenzy. Unexpectedly, he announced that he would be putting the both ‘Wicked Skeng 4’ and ‘Shut Up’ on iTunes as singles.

His supporters showed their loyalty and immediately rushed to iTunes to buy the single when they were made available for purchase on September 11, 12:00 am.   In a matter of hours ‘Wicked Skengman’ and had shot up the iTunes top 200 singles chart to take the No. #2 spot.

NUMBER 2 ON THE OFFICIAL iTUNES CHART!!!!! LETS GET THIS TO NUMBER 1 PLEASE KEEP SUPPORTING THIS IS MENTAL!! 🙏🙏🙏 pic.twitter.com/nRbyruCEEF

By the weekend  ‘Wicked Skeng 4’ had slid 12 places to No.  #14 on the iTunes Single chart,   following a barrage of releases from  more established artist,  and those with record label backing.   On Monday the official midweek singles chart was published which confirmed that ‘Wicked Skengman 4’  had gone  to No. #14.

Overwhelmed by the performance of what essentially is freestyle, Stormzy showed his gratitude,  by giving away free pairs of Adidas trainers, taking a select group of fans to Nandos for a meal,  and  doing a special performance of ‘Wicked Skengman 4’ at Noisey Headquarters.

Although the man known as ‘Big Mike’ was happy with the how the fourth edition of his freestyle series had performed up until that point, he encouraged fans who had not a got around to buying the single, to do so.

The last couple of  days of  the chart week is usually where there is a surge of people buying  releases, which helped and hindered Stormzy, as revealed when the official charts were published showing that, ‘Wicked Skengman 4’ had dropped 4 places, but was still able to secure a top 20 position,  entering the chart at No. #18.

I can’t even speak right now. Too emotional. WickedSkengMan 4 charted at no.18 in the official UK Charts. ❤️❤️❤️ to those that supported…

Congratulations to Stormzy, this another great achievement,  making history with  a freestyle. 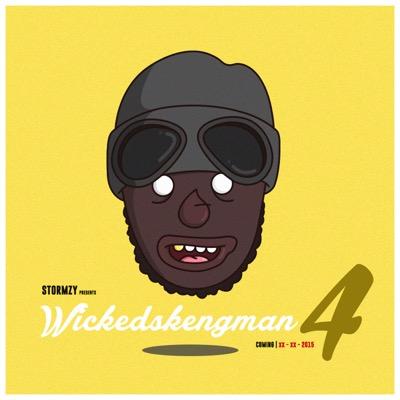