Akala (@AkalaMusic) – ‘Knowledge Is Power Vol.2’ Goes To No. #5 On the iTunes Hip-Hop/Rap Chart

North London, rapper, educator, and activist, Akala released his fifth studio album, ‘Knowledge of Power Vol.2’, yesterday (Monday, March 30) which went to No #5 in the iTunes Hip-Hop/Rap Chart.  Currently,  ‘Knowledge of Power Vol.2’ is the No. #1 UK Hip-Hop album on the iTunes,  with pre-orders pushing it to No. #16 on this weeks UK Hip-Hop/Grime iTunes Chart, published on Sunday.

Four months ago Akala began the marketing campaign for his latest album, launching his #Sixteen16s web series, which saw the hip-hop-Shakespeare drop 16 bar freestyles on YouTube consecutively for sixteen weeks. He also made the album available to stream in its entirety, two days before its release, exclusively via  Noisey‘s web site which appears to have had a positive effect. 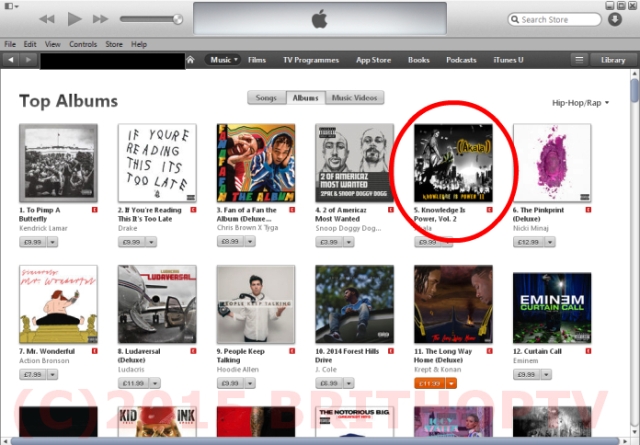 To coincide with the release of his 15-track-album, Akala has dropped the video for his track ‘Bang With Us’, via SBTV, his second from ‘ ‘Knowledge of Power Vol.2’ , and will embark on his official UK tour from April 20.

Akala’s latest album ‘‘Knowledge of Power Vol.2’  is available to purchase from all good digital outlets.

CLICK ON THE COVER BELOW TO  BUY AKALA’S – ‘KNOWLEDGE IS POWER VOL.2′