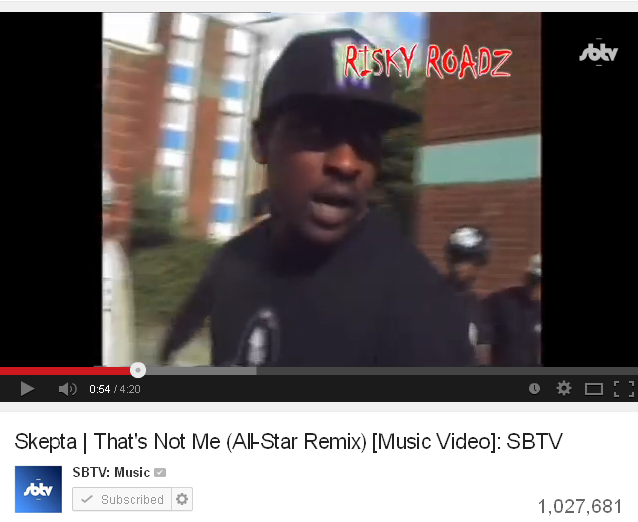 The video  for Skepta‘s  ‘That’s Not Me’ (Allstar remix)’, has officially hit the one million mark on Youtube, and at the time of writing this article it had accumulated 1, 027, 681 views.

Uploaded to Youtube on June 10, by youth broadcaster SBTV, it has taken approximately three months to hit this milestone we are coining ‘cyber platinum’.

The success of the ‘That’s Not Me’ (Allstar remix) ‘ comes off the back of the original version featuring Skepta’s brother, JME. Released on June 8th,  it entered the national singles chart in the week commencing June 15 at No. #21, making it at that time the second highest-charting single from a Grime MC in 2014.

Since then the original version has been pushed back to third place, being surpassed by Lethal Bizzles ‘RariWork Out’, which knocked Meridian Dan’s anthem, ‘German Whip’ off the top spot.  Coincidentley (Or may be not) all three of the  highest-charting singles from the Grime scene this year, feature Boy Better Know CEO , JME.

Congratulations to Skepta and the Boy Better Know camp.