North London rapper, Black the The Ripper‘s latest album, ‘Outlaw Volume 2’, released on Friday (August 29)  has hit No. #6 on the iTunes Hip-Hop/Rap in the UK.

Following a little hiatus the MC also known as Samson due to his full head of hair, has been prepping his fans for his album, dropping his cannabis-inspired mixtape, ‘High Ed Weed Music’ earlier this year, leading with the track/video ‘Tangie Ft. Iron Barz’.

Keeping the visual intensity high in the week of the release of ‘Outlaw Volume 2’,  Black The Ripper dropped three videos; – ‘Ready To Die‘, ‘Fire Is Coming‘, and get ‘Get Back’, cleverly premiering each video with the three major media UK Rap outlets SBTV, Link UP TV, and GRM Daily.

Black The Ripper has also been busy on the feature front appearing on UK Hip-Hop veteran, Blak Twang’s forthcoming release ‘Dettwork SouthEast’, on the a remix of the title track,  which also features  Jehst,  and Rodney P.

Black The Ripper ‘Outlaw Volume 2’  is out now on iTunes. 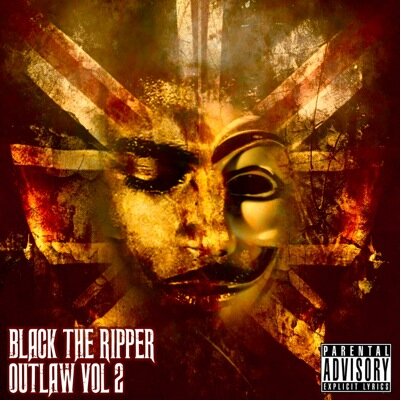