The event took place last night (Sunday, June, 29),  at the Nokia Theatre in Los Angeles, and was hosted by Comedian/Actor Chris Rock, with special performances from some of the biggest names in Hip-Hop and RnB. British Actor Chiwete Ejiofor won an award for best actor for his role in the film, ’12 Years A Slave’, the work of British Film Director, Steve McQueen, which also won an award for best movie.

Dusting himself off from England’s poor performance at the FIFA World Cup 2014, Liverpool Striker, Daniel Sturridge also made a guest appearance at the BET Awards, presenting an award for best pop with American Football player, D’sean Jackson, and Actor Boris Kodjoe.

It’s has been a great year for Krept & Konan hitting No. #19 in the UK album charts with their mixtape ‘Young Kingz’, which lead them to being entered into the Guiness World Records for having the highest-charting debut album in the UK by and unsigned act, and then being signed to Virgin/EMI/Universal.

Congratulations to Krept & Konan and Chiwete Ejiofor for doing us Brits proud! 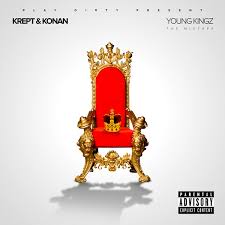 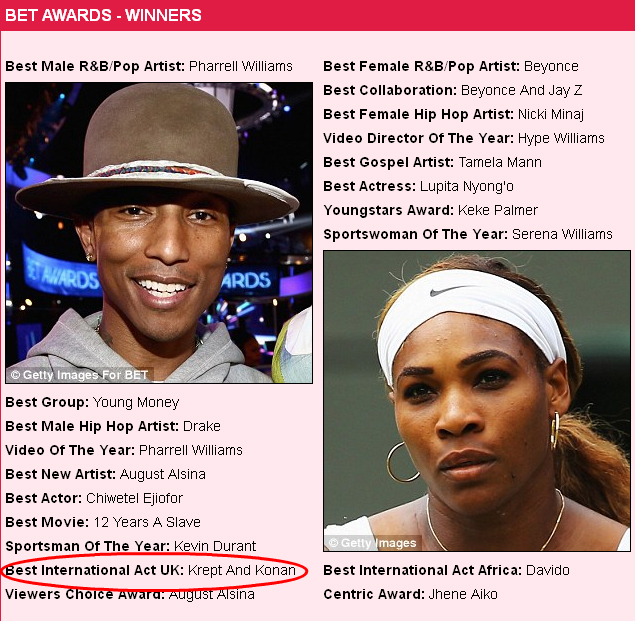 Past BET Award Nominees and Winners