BRITHOPTV: [Music News/Statistics] Hawk House – ‘A Handshake To The Brain’ goes to No.#1 on the iTunes Hip-Hop chart.| #UKHipHop #UKRap

Hawk House – ‘A Handshake To The Brain’ goes to No.#1 on the iTunes Hip-Hop chart.

UK Hip-Hop trio Hawk House’s new E.P. ‘A Handshake To The Brain’ has hit the No. #1 spot on iTunes hip-hop/rap chart.

The Virgin/EMI-signed-group comprising of two siblings from Croydon;  Eman and Sam, and songstress Demae from Harlesden, have been causing a storm in the UK music scene, with their refreshing soulful Hip-Hop, which can be described as a cross between Floetry, Tribe Called Quest, and The Fugees. Their mixape ‘A Little More Elbow Room’, was well-received in even won them a fan in American Neo-Soul singer, Jill Scott.

Their latest  offering was uploaded on Soundcloud for fans to listen to in it’s entirety a week ago, and was officially released yesterday, June 23, at the time of writing this article had managed hit No. #45 in the iTunes UK album. This is a positive sign, and hopefully we will see it climb the chart as the week progresses. 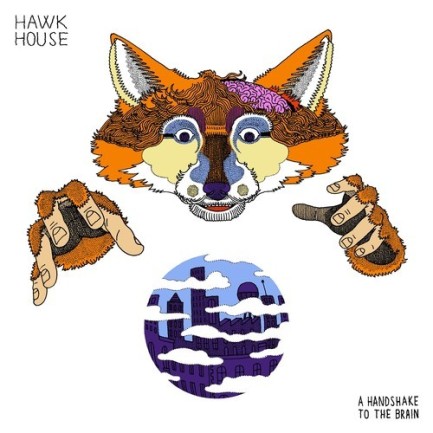