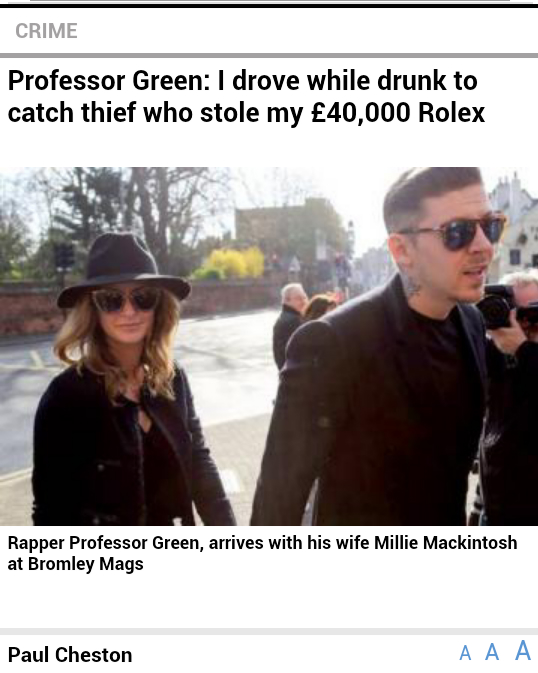 Rapper Professor Green was today banned from driving for a year and ordered to pay £525 fine and costs after pleading guilty to drink-driving.

The 30-year-old was arrested on suspicion of drink-driving on November 3.

Bromley Magistrates’ Court was told that the star got behind the wheel of his Mercedes after being robbed of his £40,000 Rolex watch on the doorstep of his home in Lewisham, southeast London.

He got into his car because he feared his wife, Made In Chelsea reality TV star Millie Mackintosh, who had screamed and fled, was being chased by the attacker, according to David Hislop QC, defending.